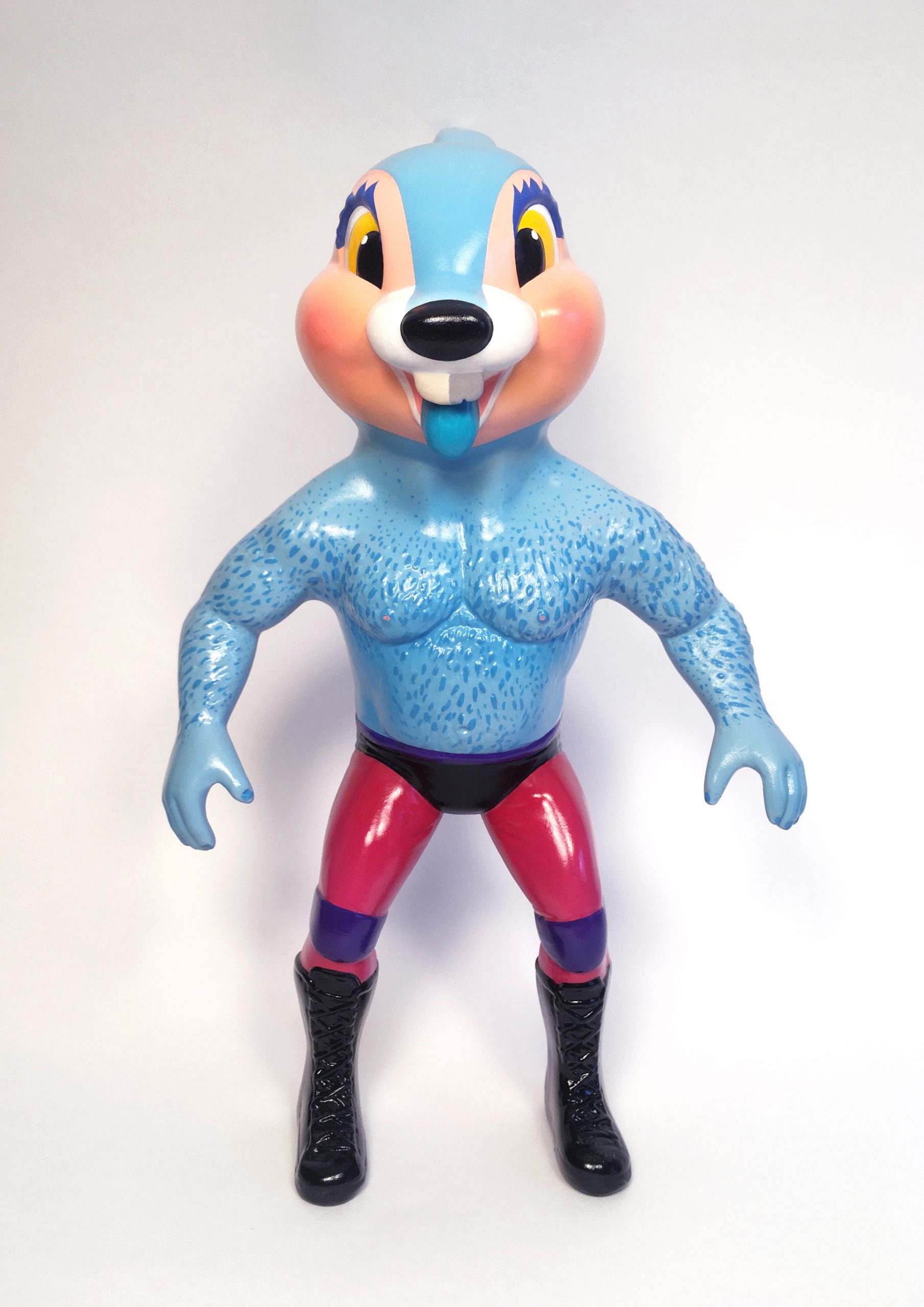 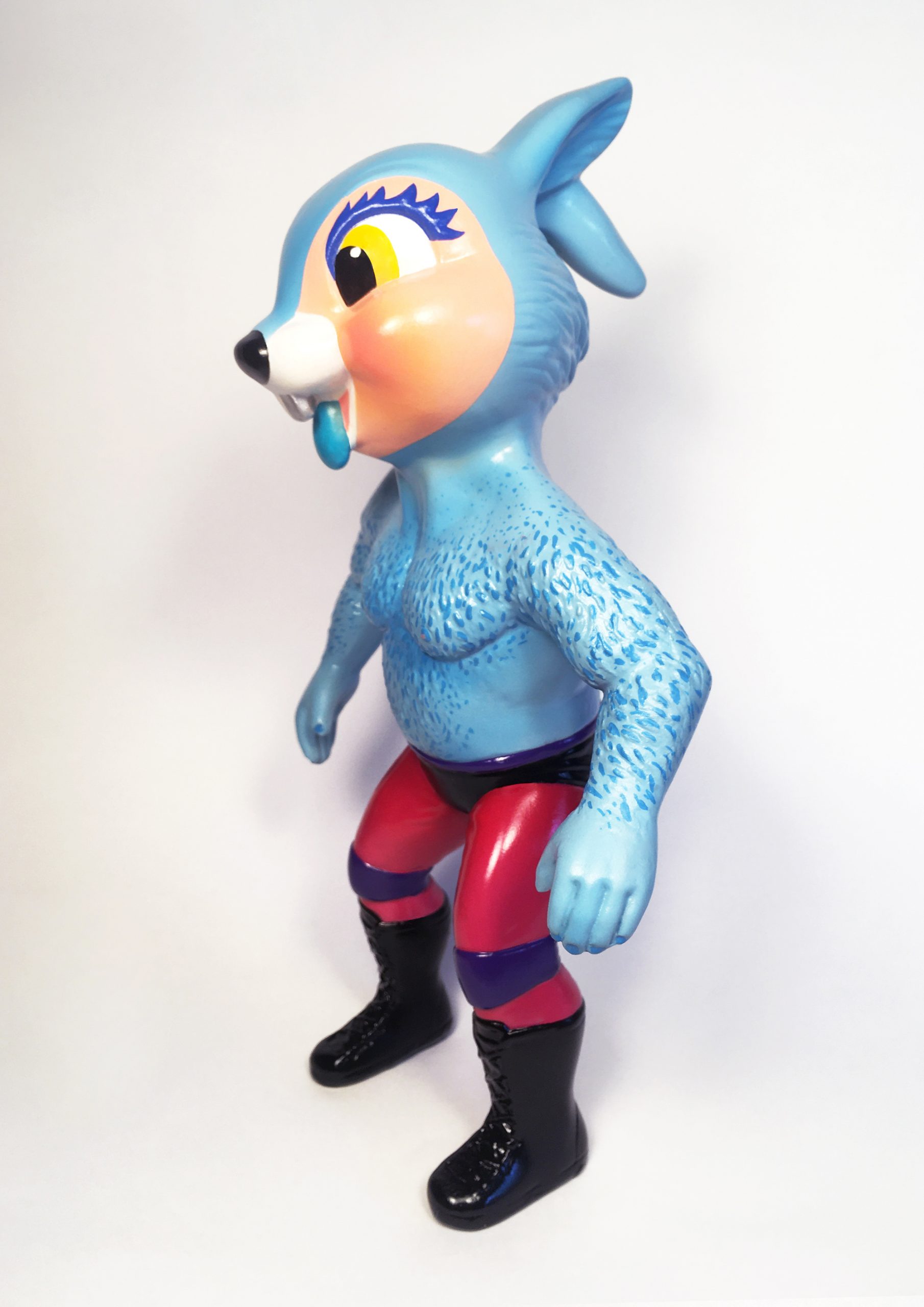 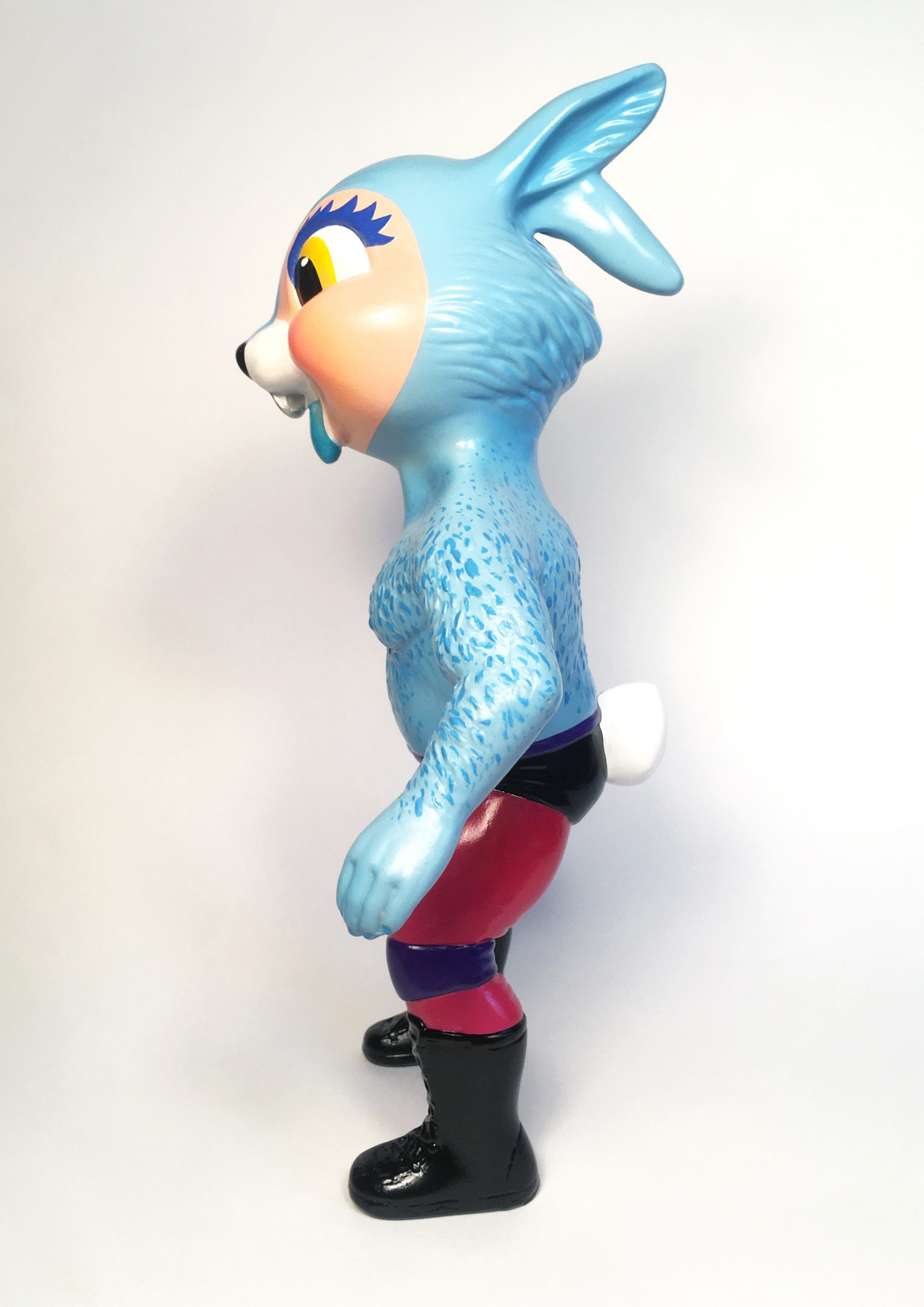 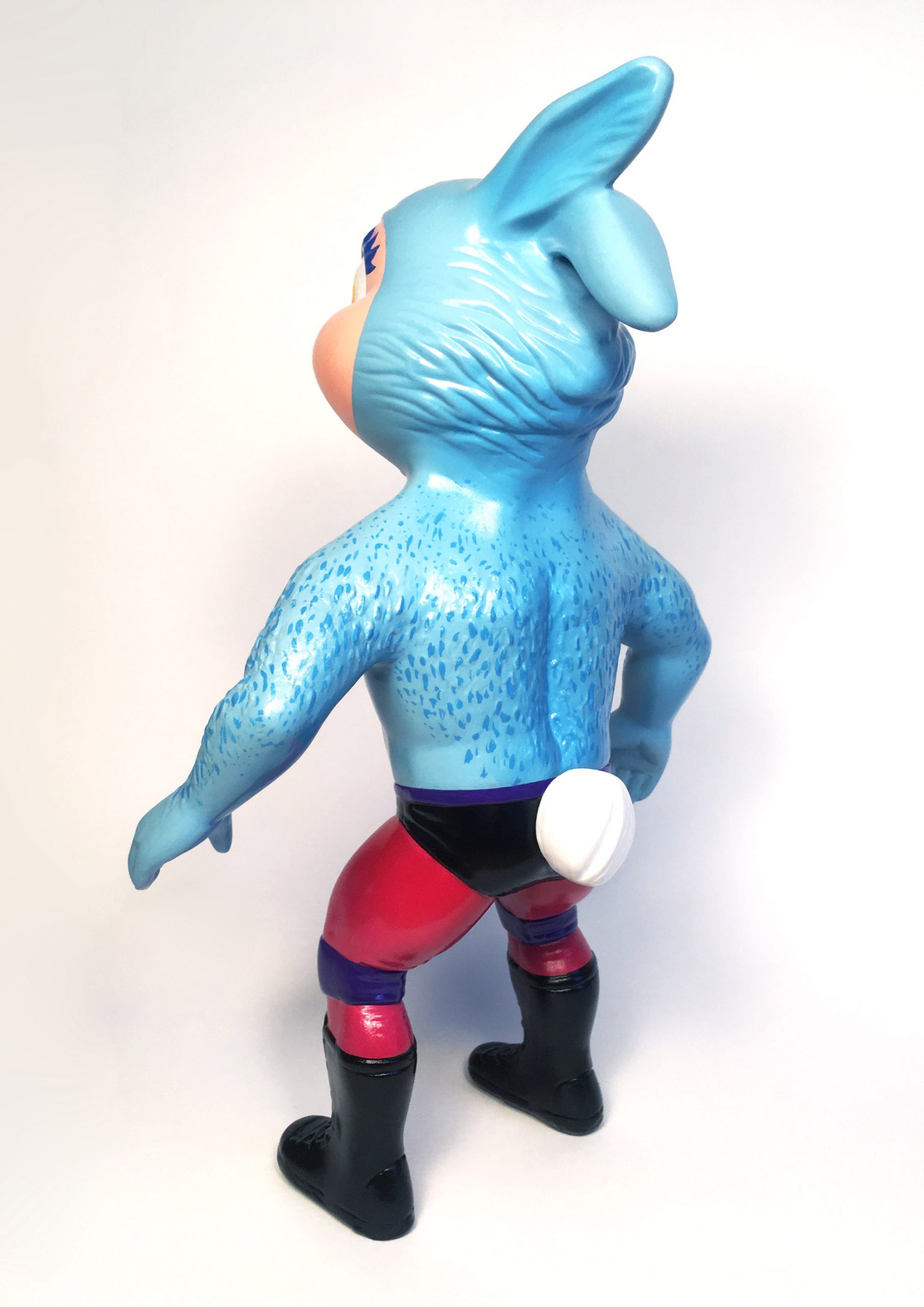 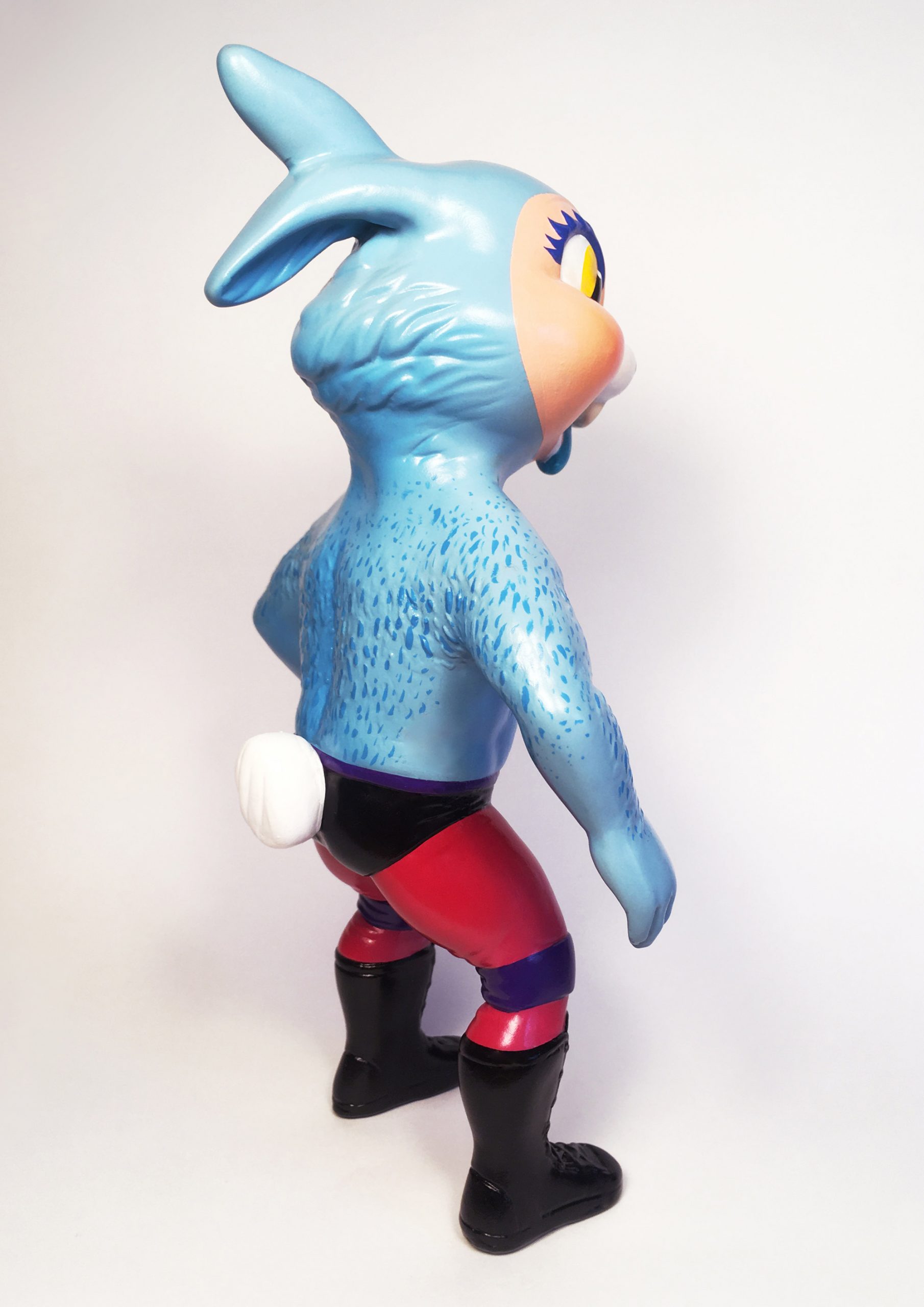 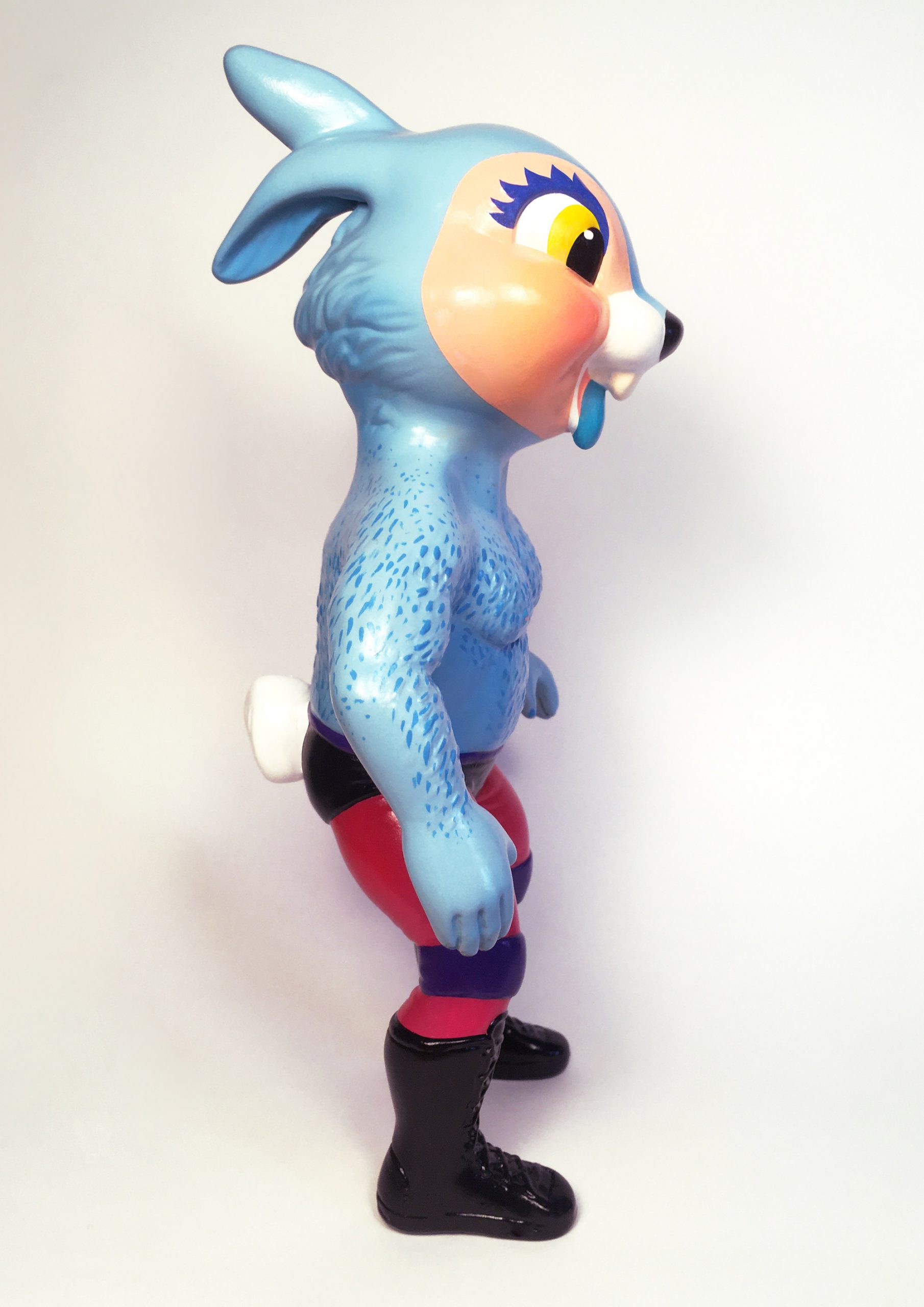 ⁣After his first appearance in  Bambi´s Disney movie, where he played a cute innocent and playful bunny, Thumper “Il Bambino” Steel, became a wild animal of great ferocity, characterized by biting his opponents during fights and by slitting the padding of the ring to hit his rivals with its the metallic interior. Upon reaching maturity, and under a less jovial appearance with abundant hair on the back and shoulders, he dyed his tongue green with rotten mint candies to give a more intimidating aspect when facing his opponents, traits that complemented his character, and they made the Watdafac Wrestling Celebrities Federation commentators speculate whether TIS might be the missing link. His most famous phrase, spoken at each encounter, was an inconsistent line that sounded like “duh-da-daaagh”, to account for his savagery.

Member of the collection based on classic vintage “Wrestling Superstars” series made by the toy and video game company JLN in 1984.