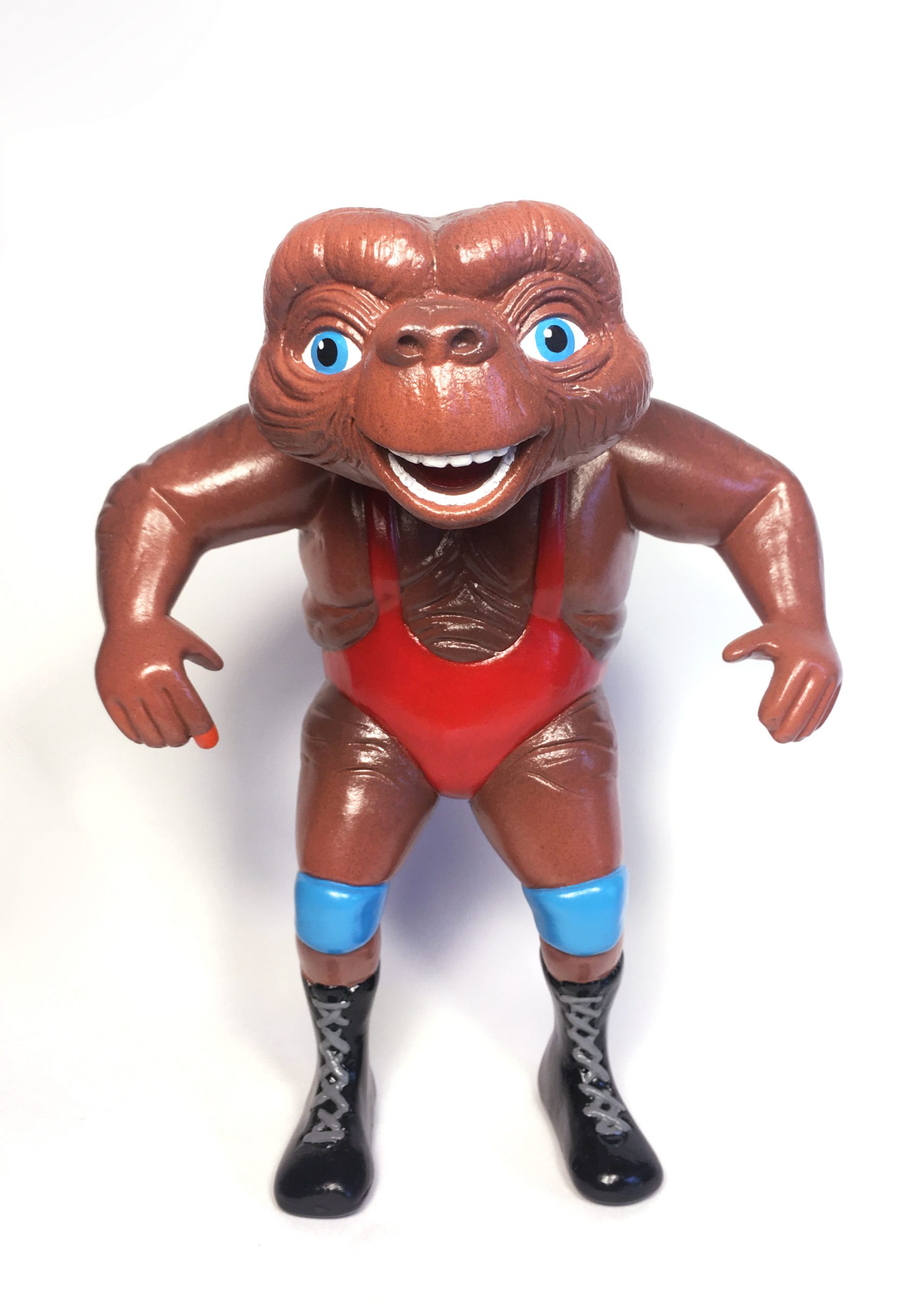 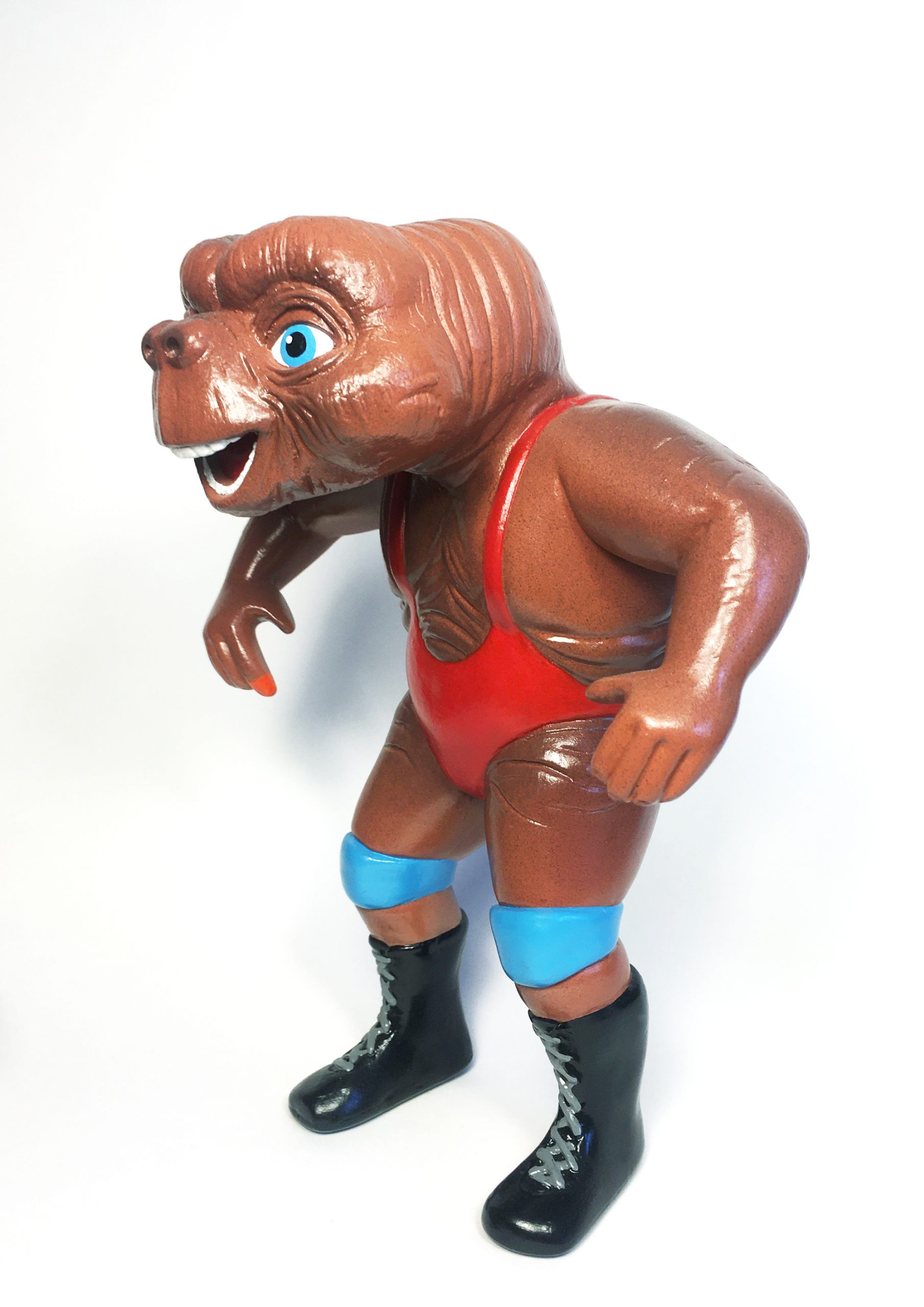 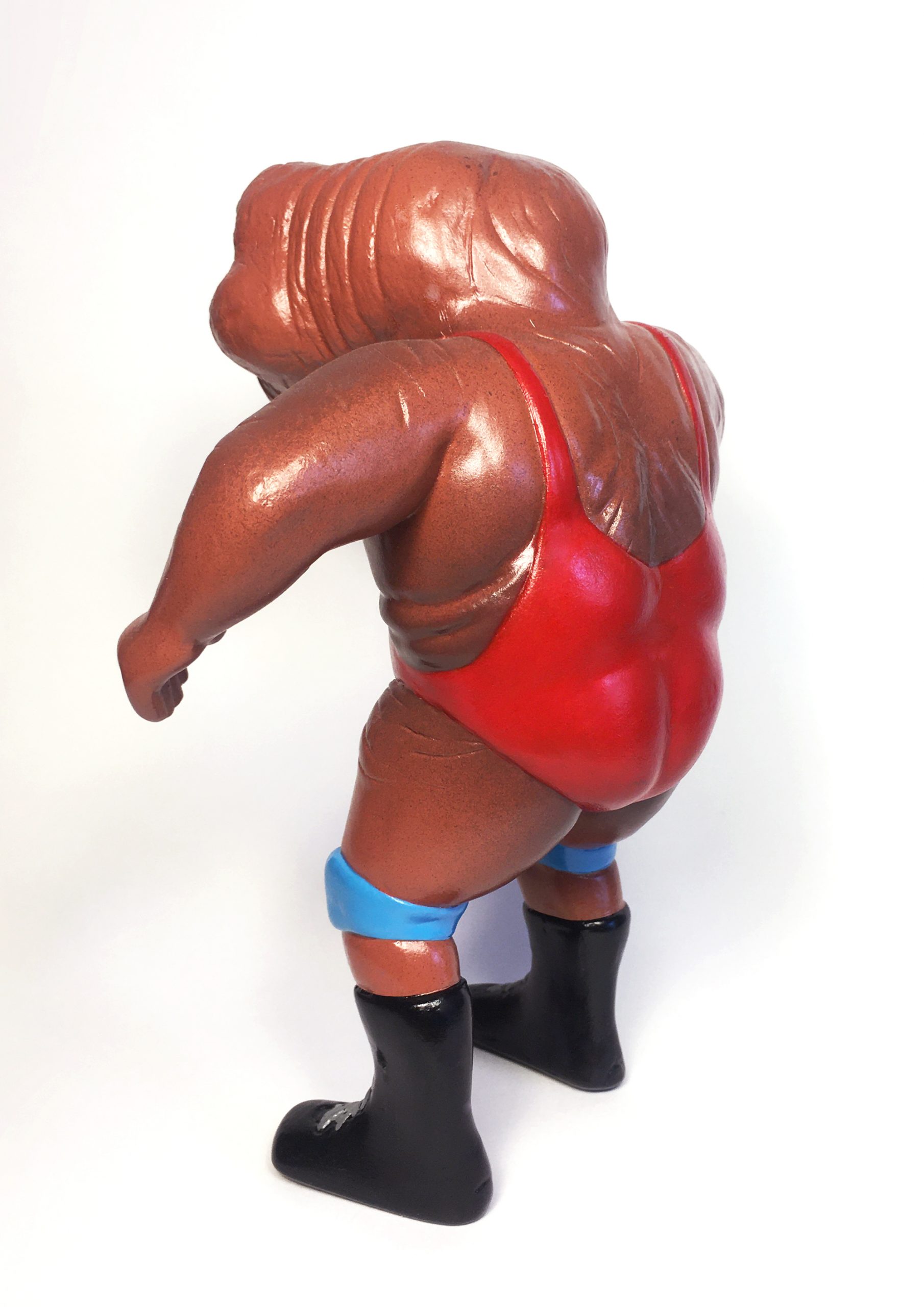 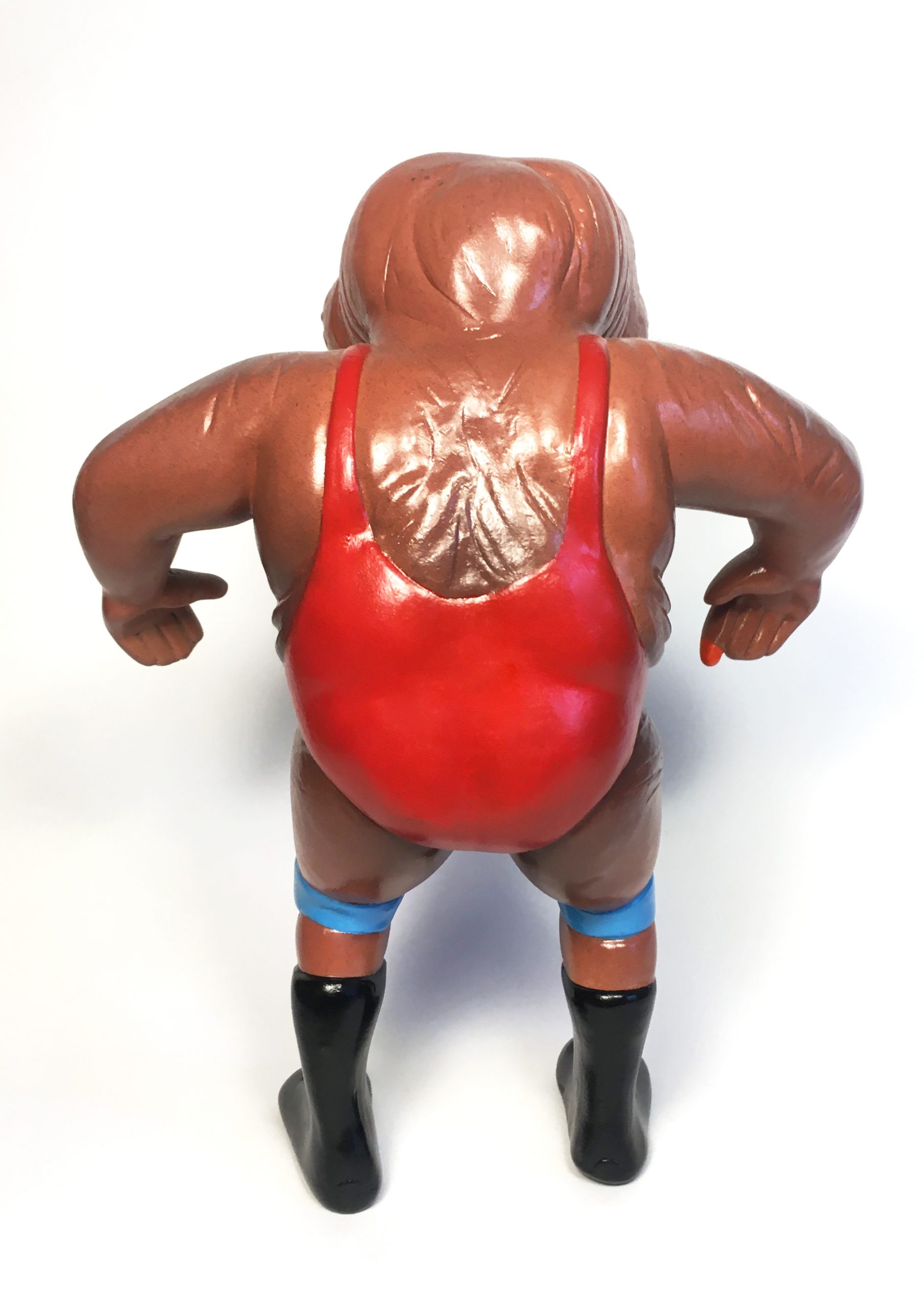 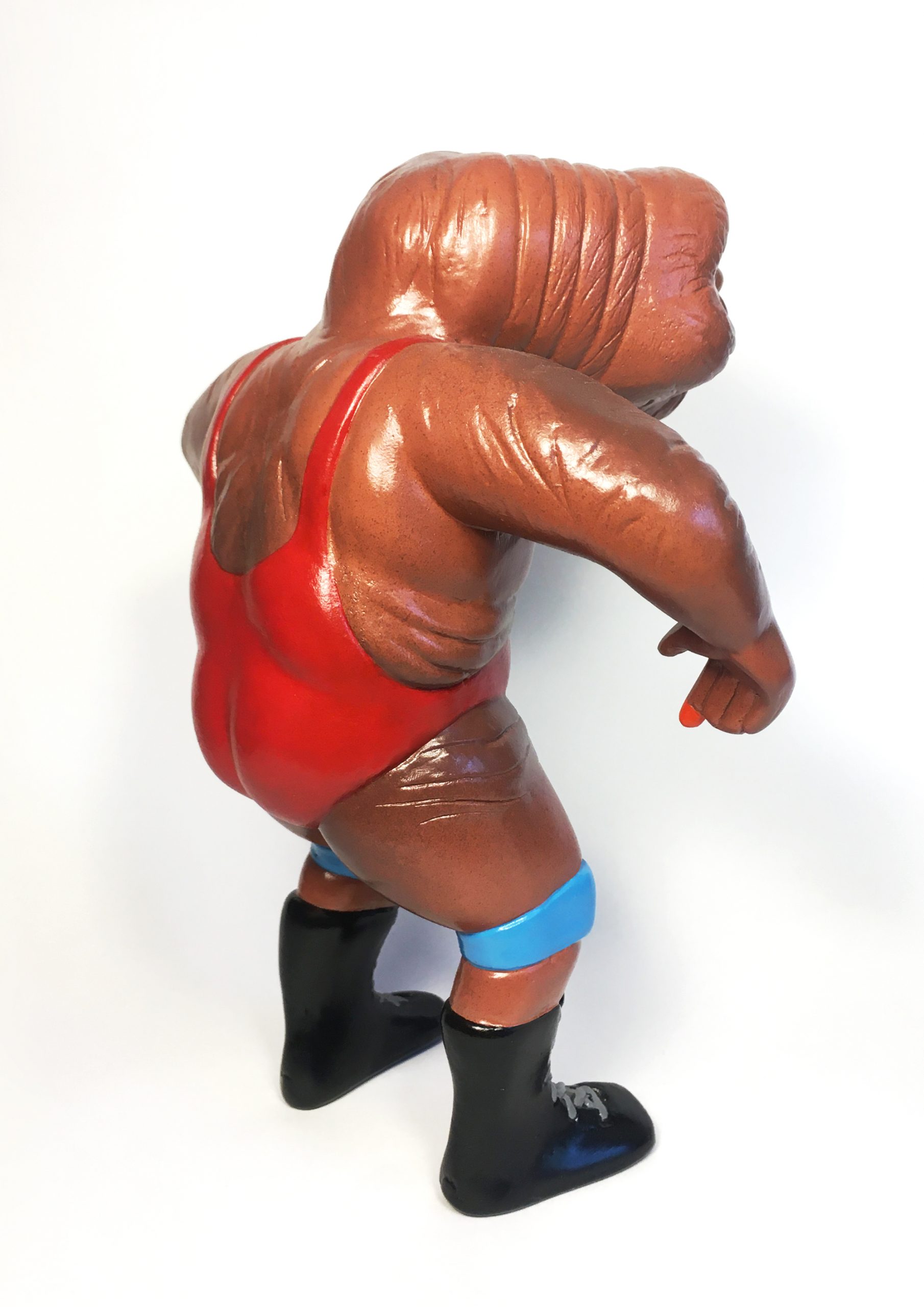 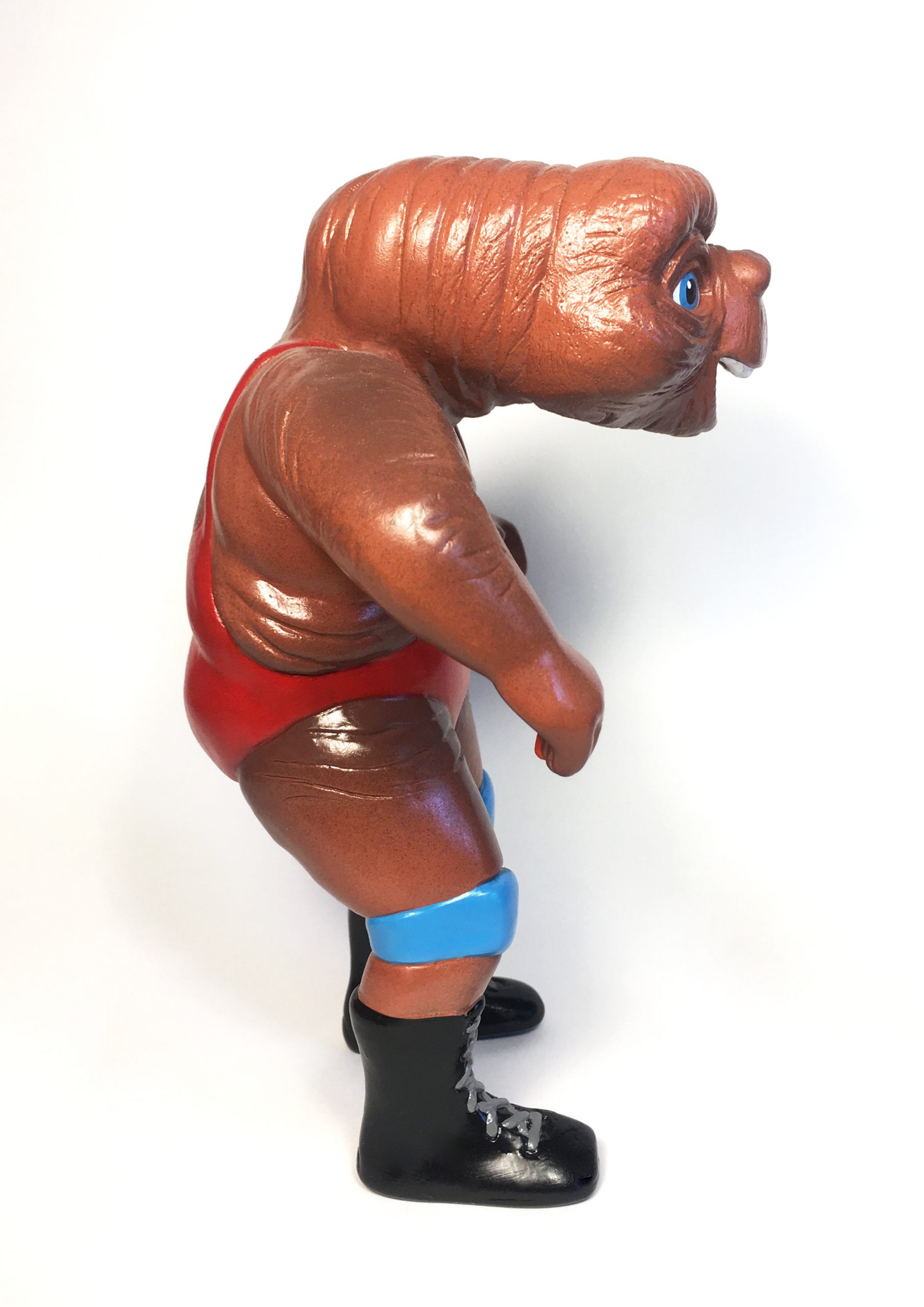 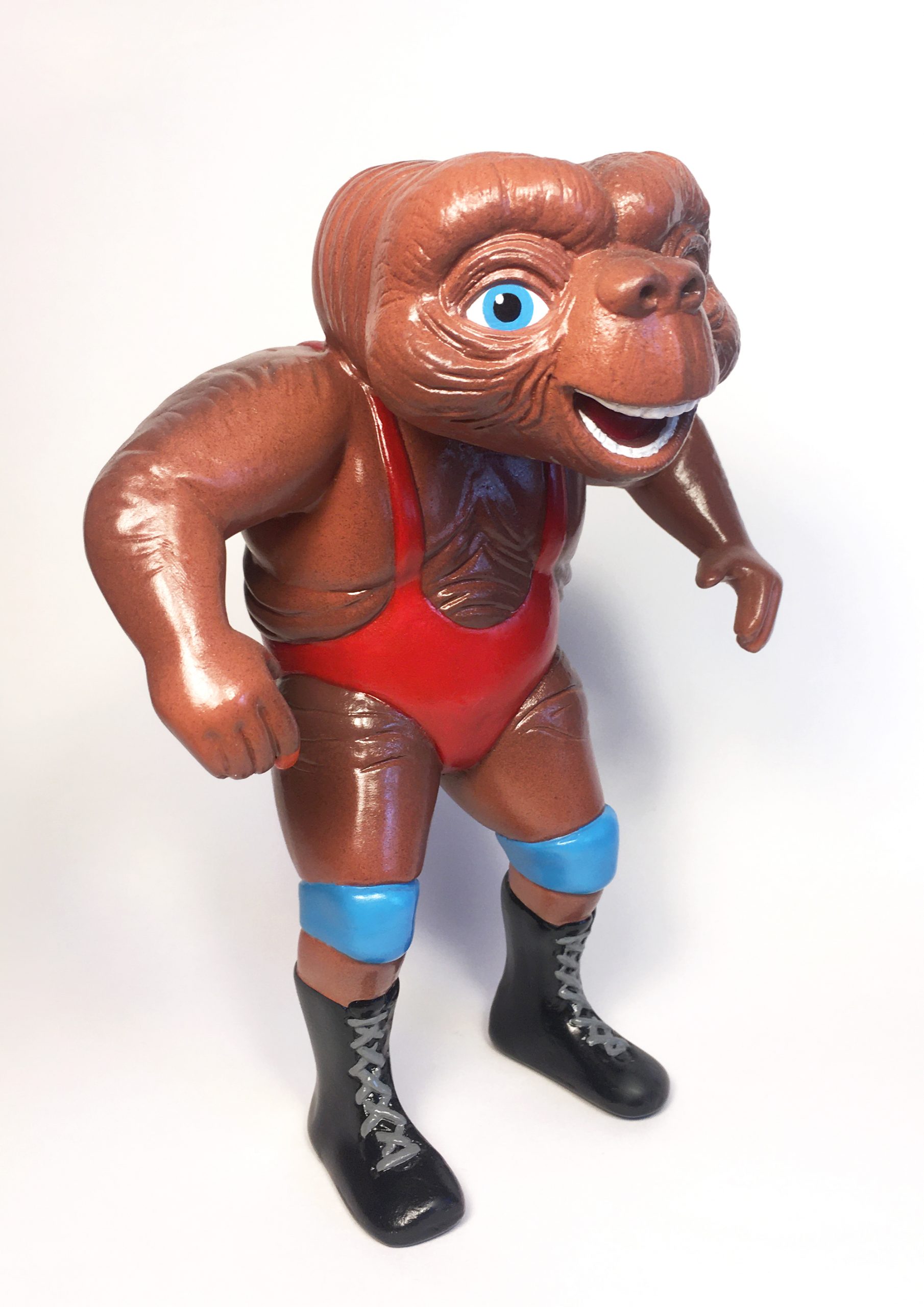 ⁣E.T. Bundy debuted as an amateur fighter in Crescent City on December 6, 1982. He was managed by a young Elliott of only 11 years old, he also had a lot of push defeating all his alien opponents on his home planet. He defeated the representative of the United States government in just nine seconds in the first Extraplanetary WrestleMania. This remains the shortest fight in Cosmic Wrestlemania history until 2008, when Brutus “The Terrible” Man defeated then-WWC Title holder Casper “Amiguete” Hogan in eleven seconds in Reese’s Mania XXIV with the championship in game. After several unsuccessful calls home, Bundy got into a lot of trouble with Bugs “Old” Rogers but this soon ended due to Bundy’s dependence on beer. Currently, her psychic connection to Elliott is lost.

Member of the collection based on classic vintage “Wrestling Superstars” series made by the toy and video game company JLN in 1984.